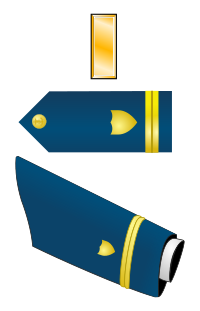 How much does an O-1 Ensign in the Coast Guard get paid?

A Ensign is a junior officer in the United States Coast Guard at DoD paygrade O-1. A Ensign receives a monthly basic pay salary starting at $3,287 per month, with raises up to $4,136 per month once they have served for over 3 years.

In addition to basic pay, Ensigns may receive additional pay allowances for housing and food, as well as special incentive pay for hostile fire and dangerous duties.

Additional Pay & Allowances for an O-1

In addition to Basic Pay, a Ensign may be eligible to receive several types of allowances and incentive pay.

All Coast Guard officers receive a monthly allowance for food and drink of $253.63.

A Ensign may receive hazard pay of $150.00 / mo while serving in an active combat zone or subject to hostile fire or other hazards.