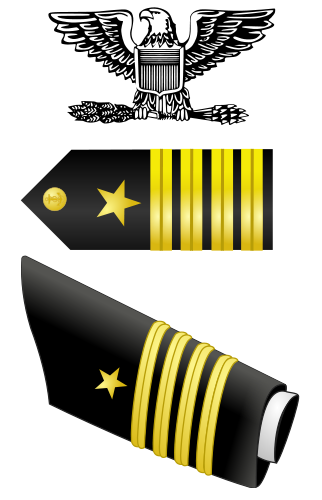 Captain is a senior commissioned officer's rank in the United States Navy, and is equivalent to the rank of Major in the other Armed Services. Navy captains can hold a variety of high-level leadership positions, including:

Captains have a great deal of autonomy in commanding their vessels, and those who prove their leadership and dedication over several years of service may be rewarded by receiving command of a larger and more important vessel or installation.

Captain is the 21st rank in the United States Navy , ranking above Commander and directly below Rear Admiral Lower Half. A captain is a Senior Officer at DoD paygrade O-6, with a starting monthly pay of $7,332.

A Captain is most often promoted from Commander (CDR), although promotion from lower paygrades may occur with sufficient display of leadership and experience. Click here to learn more about promotion to Captain.

The correct way to address a Captain named Mr. Johnson is "Captain", or written as CAPT Johnson. In formal situations, a Captain should always be addressed by their full rank.

Basic pay for an entry-level Captain with 2 or less years of experience is $7,332.00 per month.

In addition to a monthly basic pay salary, a Navy Captain may be eligible for multiple types of allowances and bonus pay including education allowance, hostile fire pay, food allowance, and more.

For full details on the Navy's Captain compensation and retirement plan, visit the 2022 Navy Captain Pay Chart. A full table of the Navy's current paygrades are available at the Navy Pay Chart.

The Government civilian-employee equivalent of a Captain is paid under the General Schedule payscale. For more details, see this Navy rank to GS grade conversion table