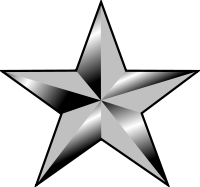 Brigadier General is the 25th rank in the United States Army , ranking above Colonel and directly below Major General. A brigadier general is a General Officer at DoD paygrade O-7, with a starting monthly pay of $8,865.

What is the proper way to address a Brigadier General?

How much does a Brigadier General earn?

Basic pay for an entry-level Brigadier General with 2 or less years of experience is $8,865.30 per month.

In addition to a monthly basic pay salary, a Army Brigadier General may be eligible for multiple types of allowances and bonus pay including housing allowance, retirement benefits, personal money allowance, and more.

The Government civilian-employee equivalent of a Brigadier General is paid under the General Schedule payscale. For more details, see this Army rank to GS grade conversion table