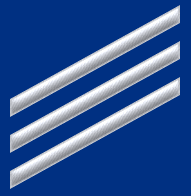 Seaman, previously known as Seaman First Class, is the third rank in the United States Coast Gaurd, above Seaman Apprentice and below Petty Officer Third Class. Several title and rank variations exist for sailors working in different specialties, though all share the same pay and rank grade.

Sailors at this grade do not wear their stripe insignia on their working uniforms, although they are permitted to wear a silver collar device signifying their rank.

Sailors who wish to advance to rank E-3, Petty Officer Third Class, must submit a promotion request every six months - however, competition for advancement is very large, and only the most able seamen will receive promotions.

Seaman is the 3rd rank in the United States Coast Guard , ranking above Seaman Apprentice and directly below Petty Officer Third Class. A seaman is a Seaman at DoD paygrade E-3, with a starting monthly pay of $2,043.

How do you become a Seaman?

A Seaman is most often promoted from Seaman Apprentice (SA), although promotion from lower paygrades may occur with sufficient display of leadership and experience.

Advancement from E-2 to E-3 takes place after the successful completion of specialist training through a Class âAâ School, or after six monthsâ TIG (Time in Grade), on the recommendation of the Commanding Officer and the completion of performance-related tasks and exams.

What is the proper way to address a Seaman?


Warning: A non-numeric value encountered in /home/militaryranks/public_html/includes/dbconnect.php on line 201
The correct way to address a Seaman named Mr. Miller is "Seaman Miller", or written as SN Miller. In formal situations, a Seaman should always be addressed by their full rank.

How much does a Seaman earn?


Warning: A non-numeric value encountered in /home/militaryranks/public_html/includes/dbconnect.php on line 201
Basic pay for an entry-level Seaman with 2 or less years of experience is $2,042.70 per month.

A Seaman receives an automatic raise to their basic pay every one to two years. Basic pay is only a small percentage of a Seaman's final compensation package.

In addition to a monthly basic pay salary, a Coast Guard Seaman may be eligible for multiple types of allowances and bonus pay including clothing allowance, hostile fire pay, and more.

The Government civilian-employee equivalent of a Seaman is paid under the General Schedule payscale. For more details, see this Coast Guard rank to GS grade conversion table