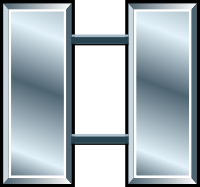 How much does an O-3 Captain in the Marine Corps get paid?

A Captain is a commissioned officer in the United States Marine Corps at DoD paygrade O-3. A Captain receives a monthly basic pay salary starting at $4,383 per month, with raises up to $7,131 per month once they have served for over 14 years.

Including the most common pay allowances, the average total compensation for a Captain may range from $
Notice: Trying to access array offset on value of type null in /home/militaryranks/public_html/ranks_pay.php on line 172
74,204.59

All Marine Corps officers receive a monthly allowance for food and drink of $
Notice: Trying to access array offset on value of type null in /home/militaryranks/public_html/ranks_pay.php on line 261
0.00.

A Captain may receive hazard pay of $175.00 / mo while serving in an active combat zone or subject to hostile fire or other hazards.