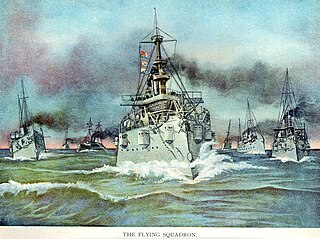 The first conflict the newly-advanced navy faced was the Spanish-American War, which was officially started by the explosion of the USS Marine. The United States was quick to place the blame on Spain, due to their poor relations at the time. Assistant Navy secretary, Theodore Roosevelt swiftly and quietly positioned the Navy before war was declared in April 1898. The war profoundly affected the Navy; it was both encouraging, in that they had won but also discouraging, in that they had taken extreme risks and would need to be stronger to take on any more powerful nations.

The true rise of the Navy started in 1901, when Theodore Roosevelt was elected president. He was a strong supporter of the Navy, and he helped the Navy grow from being sixth largest in the world to being second to only the British Navy. He quickly maneuvered to help the failed Panama Canal to succeed, because he saw it as vital to shorten the time of travelling between the coasts, which aided in many future Navy and shipping travels. He did so in a very cunning manner that was a great success. Theodore Roosevelts aid to the Navy was vital to its growth and development.

When the latest advancements in naval technology, submarines, were developed by John P. Holland, the United States Navy quickly commissioned the USS Holland into their service. The United States Navy increased their power in multiple ways the next few years, and by 1907 they had sixteen new battleships that made up the Great White Fleet. Roosevelt took this fleet on a peaceful cruise around the world that had many naval and political advantages to it. They seamen got to practice more with traveling far, and the president welcomed politicians on board for tours and talks. The American Navy was becoming renowned around the world, and this cruise made the other countries consider its power more seriously.