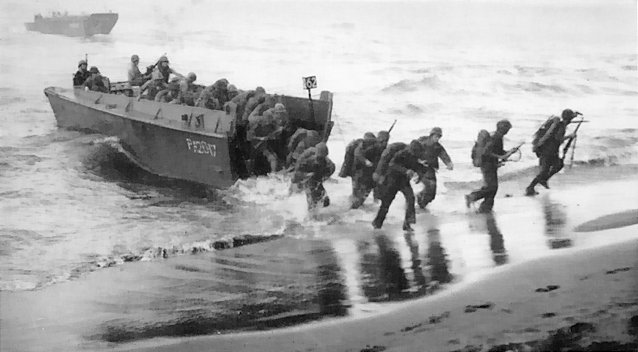 During World War Two, the Marine Corps played a key role in nearly every battle in the Pacific War and expanded to a strength of over 475,000 Marines. Marines participated in fierce engagements with Japanese troops across the South Pacific and were essential to the Allies' "Island-Hopping" strategy of advancing the war into Japanese territory.

From 1942 to 1945 the Marines executed hundreds of successful amphibious landings from Okinawa to Iwo Jima, where a group of Marines raising the American Flag atop the island caused a media sensation and solidified the WWII legacy of the Marine Corps.