The Birth of the Marines 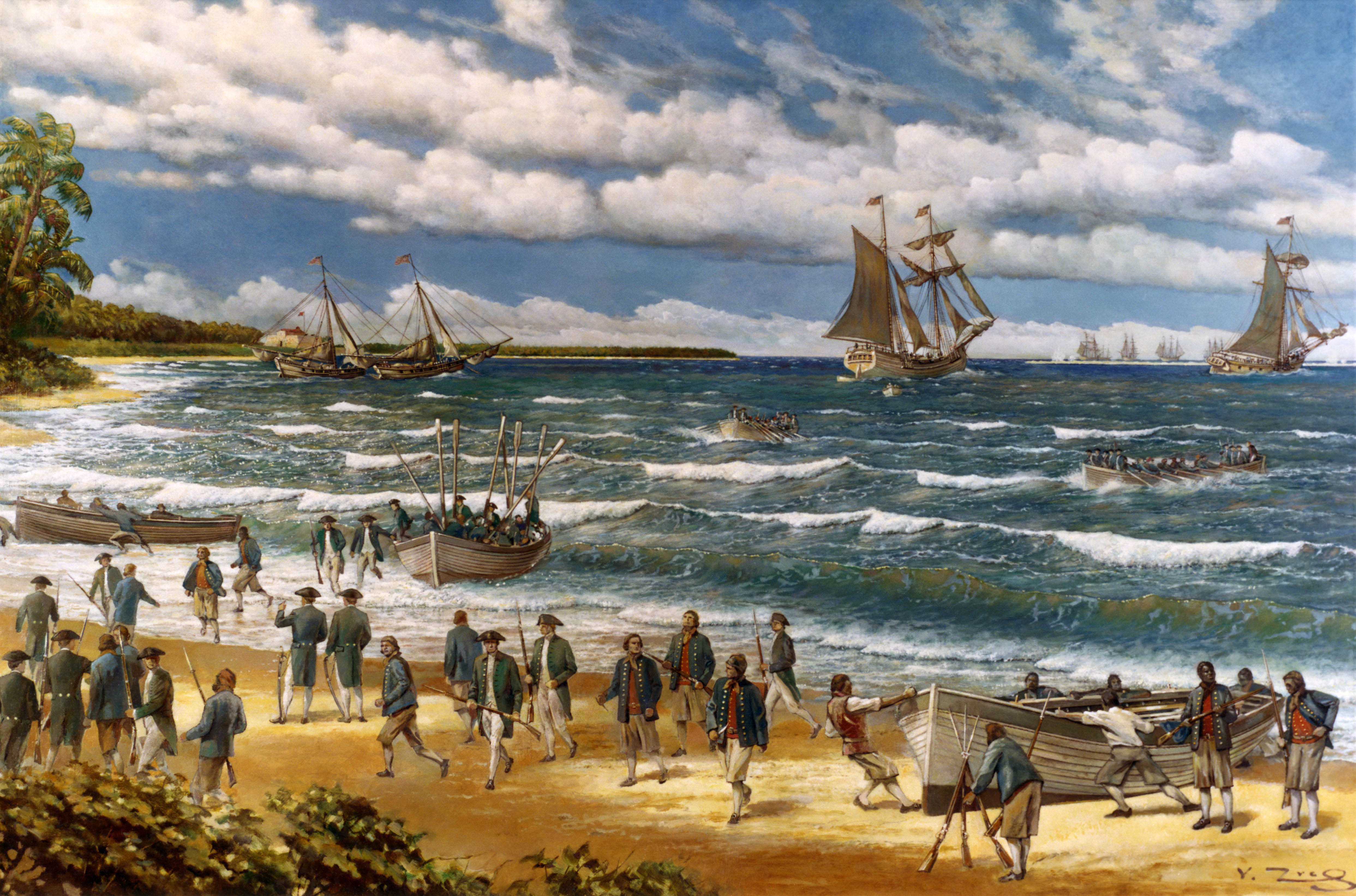 Birth of the Marines

The Marine Corps began in November 1775 as a modest fighting force of two battalions of volunteer soldiers. The Continental Congress, desperate for supplies and provisions, made a priority of capturing British supply depots in colonies and Canada and, until late 1775, focused mainly on small raiding parties lead by generals such as Benedict Arnold and Richard Montgomery.

While successful, these raids proved unable to provide all of the supplies needed for the growing Continental Army, so the founding fathers decided to create a special naval infantry force with the capacity to attack and secure British coastal fortifications. On November 10th 1775 the Continental Congress assigned two battalions of experienced soldiers to the fledgling Continental Navy to serve as a mobile amphibious assault force, and the Marine Corps was born.

"Resolved, That two Battalions of marines be raised, consisting of one Colonel, two Lieutenant Colonels, two Majors, and other officers as usual in other regiments; and that they consist of an equal number of privates with other battalions; that particular care be taken, that no persons be appointed to office, or enlisted into said Battalions, but such as are good seamen, or so acquainted with maritime affairs as to be able to serve to advantage by sea when required; that they be enlisted and commissioned to serve for and during the present war between Great Britain and the colonies, unless dismissed by order of Congress: that they be distinguished by the names of the first and second battalions of American Marines, and that they be considered as part of the number which the continental Army before Boston is ordered to consist of. Ordered, That a copy of the above be transmitted to the General."
Resolution of the Second Continental Congress on 10 November 1775 creating the Marine Corps

Throughout the Revolutionary War the Marines served alongside the Continental Navy, raiding British fortifications and storming enemy merchant and transport vessels en route to the colonies. By 1776, the Marine Corps received their first official uniform, consisting of a green and white coat with a high leather collar. In response to this uniform, the soldiers and sailors of the Continental Army and Navy began to refer to the Marines as leathernecks, and the name stayed.