When the Revolutionary War began, in April 1775, the colonists had no army and no formal fighting force; they relied on the militia until the continental army was born on April 23, 1775, which is seen as the official beginning of the United States Army. It was all started when Massachusetts approved the formation of an official colonial army; shortly after which, New Hampshire, Rhode Island, and Connecticut followed suit and created their own. On June 14, 1775, the Second Continental Congress agreed to form a continental army for defense. On June 15, Congress elected George Washington as Commander-in-Chief of the army by unanimous vote. After the Continental Army was officially created, four departments were organized; these departments soon became known as the corps; they were the Adjutant General's Corps, the Army Corps of Engineers, the Finance Corps and the Quartermasters Corps. Congress also allowed the creation of both the Field Artillery and the Calvary units of the Army later in 1775. 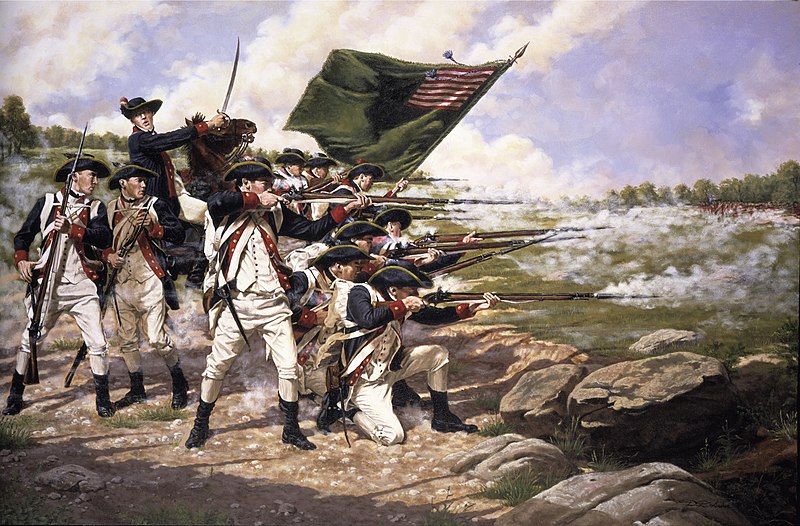 During the war, militias often, and provided support, as backups for the regular army, and occasionally fought independently as well. When the war passed, the army was demobilized, due to the collective fear the new nation felt for standing armies. State militias became the countrys sole defensive force, yet they left a regiment in charge of guarding the western frontier and one battery of artillery guarding West Points arsenal, due to the importance of both locations. In the end, the young country realized there was need for an actual standing army, and so they began to train. The first officially trained standing army of the United States was established in 1791, and was called the Legion of the United States.