In 1918, when America entered World War One, the first major air combat focused force was created as part of American Expeditionary Force (AEF). The aviation units that made up this force were often trained in France and were typically used for providing tactical support for the Army. With the creation of this force the control of the US's aviation power was taken out of the hands of the Signal Corps and given directly to the Secretary of War. An assistant secretary position was established to lead the Army Air Service. The Army Air Service was both responsible for training pilots and furthering the development of aircraft technology. With the end of the war, the AEF's Air Service was dissolved and the Army Air Service largely demobilized. 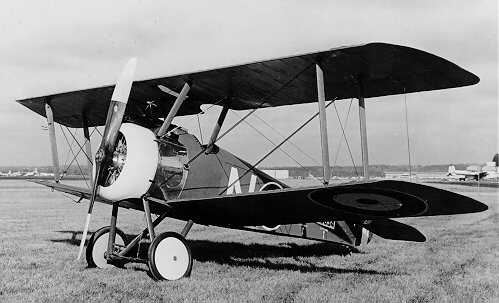 During World War I aviation technology developed swiftly, yet the Army always hesitated to use newer technology. The airmen started to believe that as long as the Army controlled the aviation part of the military, it would be crippled by this hesitation. So, Air Corps Senior Officer, Billy Mitchell, began a campaign for Air Force Independence, but it ended up offending many officials andhis campaign resulted in a court martial that ended his career. His supporters saw how little publicity and attention the attempt had, so they decided that the air force wasn't ready to be independent.

Then, in 1920, the Air Service officially became a direct part of the Army and was renamed the Army Air Corps. They began experimenting with new techniques and created new models of combat planes. There weren't many extreme developements in the technology or techniques until 1935, when, at the suggestion of civilian review boards, they grouped as an aerial task force under the command of a General Headquarters Air Force. In 1937, they started to develop the usage of strategic bombing with the coming out of the B-17 Flying Fortress.