Aircraft was introduced for use in the military during the civil war, when the United States Signal Corps became associated with using balloons. Thaddeus C. S. Lowe was given the title of Chief of the Union Army Balloon Corps. Their first balloon served at Fort Riley and Fort Logan, and when that balloon deteriorated, they bought another, which served in Cuba in 1898. In 1989, the War department invested $50,000 for the rights of the first heavier-than-air flying machine developed by Samuel Langley, the Aerodrome; it failed miserably, but America recovered its aviation based aspect of the military with the Wrights Brothers' invention of the airplane.

In 1907, the Aeronautical Division of the United States Signal Corps was formed and is commonly known as the birth of the modern Air Force. It was a small component of the US Army Signal Corps that focused on developing Americas aviation-based military. They started focused on balloons and dirigibles, before planes developed. 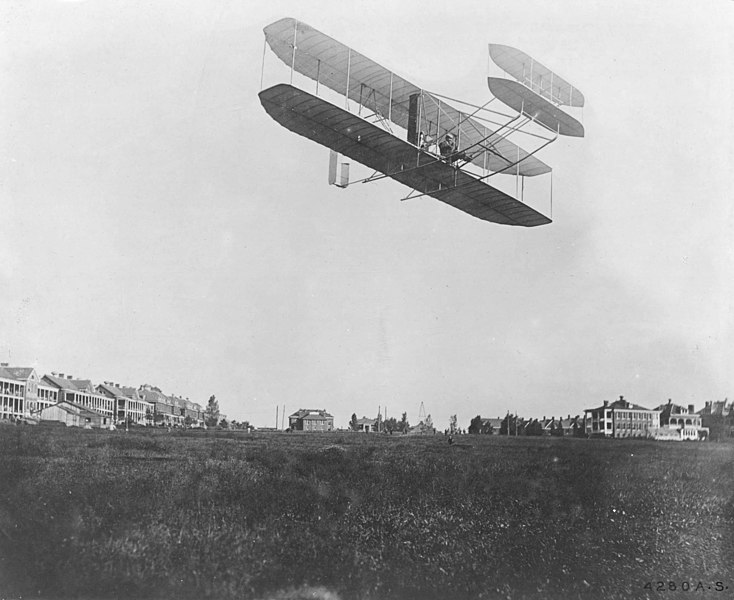 In 1908, the Aeronautical Division purchased a dirigible and a Wrights brothers airplane. The dirigible was received first, in July 1908, and met all of the requirements they Signal Corps had set, except for speed, which was just barely under the 20mph limit. In September 1908, the airplane was delivered, but it crashed during the exhibition flight to test its requirements. Wright was hospitalized and Thomas Selfridge, who was along for the flight, since he was the only Army Officer experienced in flying, became the first person to die in a plane crash.

In June 1909, the Wright brothers returned to Fort Meyer with a new airplane that was smaller and faster; this new airplane was built using the engine from the plane that crashed in 1908 for power. They spent July perfecting the plane to get it ready for the exhibition tests. July was a stormy month, giving them plenty of time to work. Lt. Lahm flew with Wright on July 27, as President William Taft visited and watched the test. They flew ten miles, and the flight broke the records for speed with a passenger, duration with a passenger, and altitude with a passenger. The planes top speed had been 45mph, and the Army spent $30,000 on it ($25,000 with a $5,000 bonus of $1,000 for every mile over 40mph).